With economists, both living and dead, calling forgreater centralisation; others instead look toward decentralisation. To new forms of organisation and order being built through technology; with algorithms that avoid the bias of human psychology and cryptocurrencies that break the monopoly of the central bank. Toward deterritorialised democracy. About...

Inflation, growth, competition. The concept of central banking, as we know it today, took shape in the 19th century. In 1848, Karl Marx declared it a key measure of the Communist Revolution. Since the publication of “The Manifesto of the Communist Party” nation states have integrated Marxist ideas (including the central bank) into their capitalist systems in order to establish and maintain modern democracy. However, recently, they appear impotent in the face of uniquely global challenges while at the same time too much political influence seems to rest in the halls of undemocratic financial institutions.

This lecture performance is about the potential in new technologies for building an alternative form of democratic order. An order based on network principles that by their nature are anti-nationalist. An order of algorithms that route around the flawed bias of human psychology and cryptocurrencies that break the monopoly of the central bank. The audience receives a share of the brave new world, of such a technology, and gets to choose on which side of this future democratic community to stand. 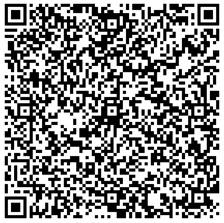 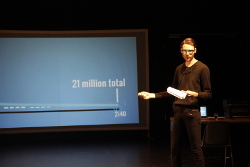 Capie, Forrest. "The future of central banking: the tercentenary symposium of the Bank of England." Cambridge University Press, 1994.